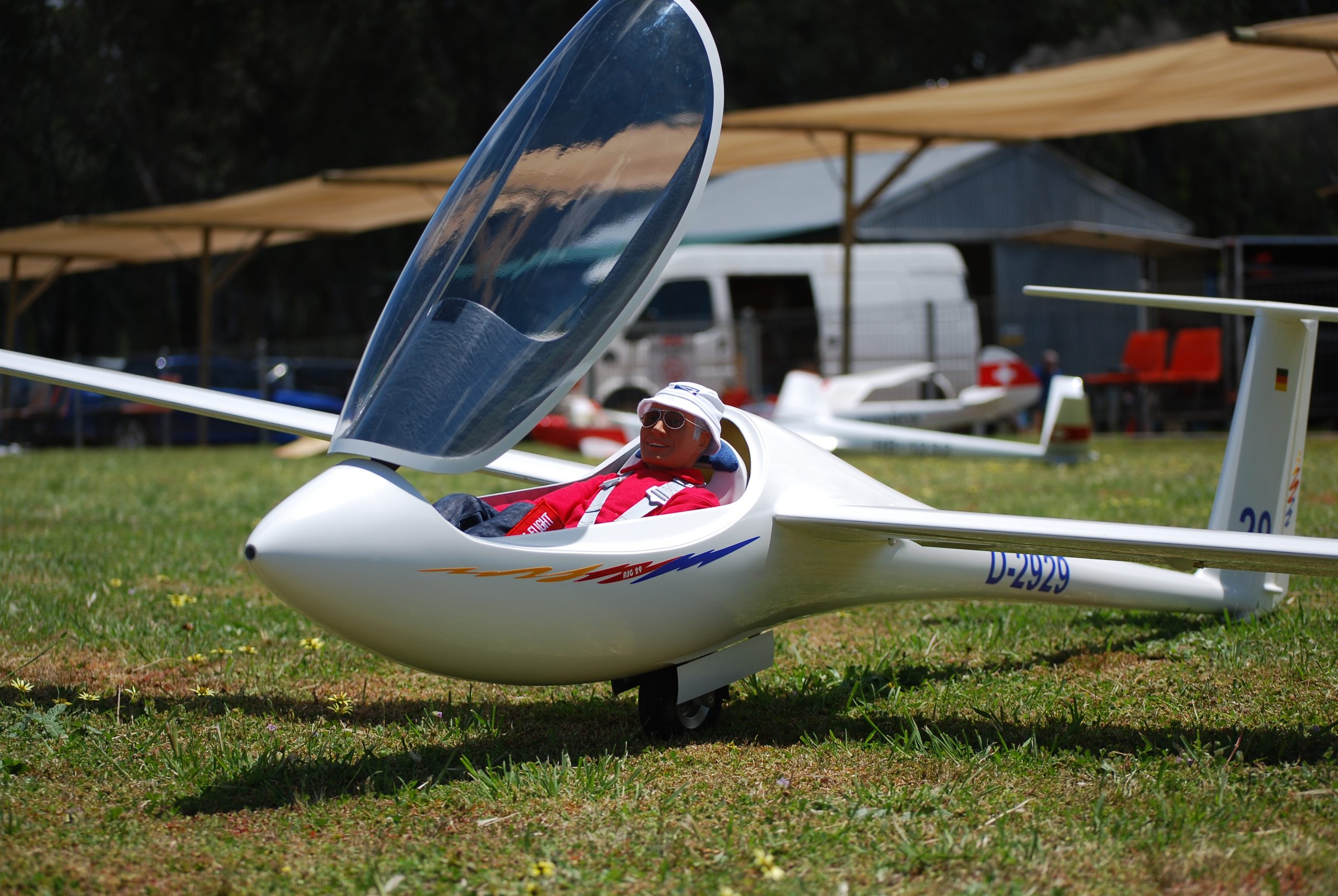 The weather forecast was abysmal. But with optimism bubbling in abundance, we ventured up the Hume Hwy for the 2010 Cobram scale aerotow.

It’s a wonderful part of the country with recent rains turning the countryside a lush green colour, and this weekend was forecast to be mighty wet.

Saturday saw a few showers, and we mainly sat around and chatted about all the problems of the world, solving most, but forgetting to tell people about the solutions.

Just as we left Saturday, a dark squall came through and dumped 35mm of rain on the field overnight. Camping at the field was more boating than camping, but everything survived.

Sunday dawned and in Cobram, you could see blue fluffy skies on one side of town and black/grey skies on the other – rather surreal really. It also provided our first days flying and the weather just improved from that point on. Slowly the models appeared and even though the wet patches on the strip made for some interesting landings, people started to get some decent flights.

Each day, the members from the Moira Model Aircraft Club (MMAC) looked after us with hearty hamburgers and drinks galore. Each year we come back to see that they have been busy improving the facilities at the club and this year was no exception. Hats off to the guys, they keep a magnificent strip and provide great facilities.

Unfortunately, Mark Hunt’s tug sustained a little damage from the wet strip and over flexed his undercarriage. This left Neil and I to tow for the rest of the weekend, but the Pawnee stepped up and flew like a trooper.

Some of the highlights from the weekend were:

The maiden of Leon Carlo’s 1/3 scale Woodstock. Just a beautifully built aircraft, Leon is a true craftsman. The Woodstock looking all the part in the air, and Leon seemed to have a ball flying it.

Mark Hunt split his weekend between full-size and scale, and after a great afternoon flying full-size, he popped back to the strip to have a quick fly. We were just finishing up, but towed Mark up half a dozen times, and were entertained with some serious aerobatics with his fully moulded Discus. The highlight being the inverted speed runs to 50 feet over the strip and then to an inverted half loop. We were all sitting there gasping!

I have to say that for me the highlight for me was my flight in the ASG29 on the Tuesday. With conditions perfectly suited to the ASG, I managed to break my personal height record and hit 2905 feet. As Andy (my spotter) and I then found, was also cloud base! Breaks deployed, and in thermal turns, she popped out a few seconds later. But it was still on the limit of my sight, so I decided to bring her home with a quick dive back to the strip… but with buttock muscles still firmly clenched after the cloud episode, I forgot that I had deployed the airbrakes. Anyway, what was a less than graceful flyby over the strip, I landed and all was fine. Also a PB – fastest decent from 2905 feet!
Thanks to all from the MMAC for the more than warm hospitality and to the weather gods for the unexpected fine conditions.

We look forward to next year with anticipation.

Images are available in the Image Library .